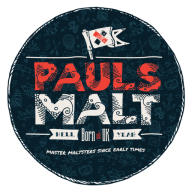 Torrefied wheat promotes head retention and adds body. It is pre-gelatinised and unmalted.

If you’re looking to add a little something extra to your beer, look no further than Pauls Malt torrefied wheat. This wheat is pre-gelatinised and unmalted, making it perfect for adding body and head retention to your brew. Torrefied wheat is also responsible for a subtle toasted flavour that can be detected in the finished product. Whether you’re brewing up a batch of ales, lagers, stouts, or IPAs, a little bit of Pauls Malt torrefied wheat will go a long way. Typical usage rates are between 3-6%.

What is torrefied wheat?

Torrefied wheat is a type of wheat that has been treated with heat to improve its shelf life and make it easier to mill. This treatment process gives the wheat a darker colour and a slightly roasted flavour. Torrefied wheat is often used in breadmaking, as it can help to produce a more consistent product.

How do you use torrefied wheat?

You can use torrefied wheat in beer to add a nutty, toasty flavour. It can be used as part of the grist or brewed as a separate tea and added to the boil. Torrefied wheat can also be used for brewing brown ales and imperial stouts.

Do you crush torrefied wheat?

Brewing beer is all about extracting the flavours and sugars from grains, and then fermenting them with yeast to create alcohol. The type of grain you use will play a big role in determining the final flavour of your beer. Torrefied wheat is a type of grain that has been roasted at high temperatures, and it’s often used in brewing dark beers or speciality beers. Crushing the grain helps to release the flavours and sugars so that they can be later fermented by yeast. So, if you’re looking to brew a beer with a deep, rich flavour, crushing torrefied wheat may be a good option for you.

Does torrified wheat need to be milled?

Torrified wheat doesn’t need to be milled for brewing beer, but it does need to be crushed. The milling process breaks the wheat kernels into smaller pieces so that the starch inside can be converted into sugar during the brewing process. Crushing the wheat kernels by hand will work just fine, but a grain mill will do a much better job of it.

Identical in flavour with high end chocolate malt, but higher in colour.

Smoothness, Texture & a Full Body Result from the addition of Oats 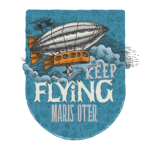 Pauls Maris Otter, the classic British variety of barley used in the most famous ales of the UK

View Malt
0
Your Cart
Your cart is emptyReturn to Shop